Clare Sera, or her ectoplasmic doppelgänger, reflects on a life and an afterlife as the world's expert on seances. Danno Sullivan asks questions from a sealed envelope. How he got in the envelope, I'll never know.

Clare Sera, or her ectoplasmic doppelgänger, reflects on a life and an afterlife as the world's expert on seances. Danno Sullivan asks questions from a sealed envelope. How he got in the envelope, I'll never know.

Danno: Welcome, welcome one and all to the podcast expertise is I'm your host Danno Sullivan. And my guest today is Clare Sera, who is a world renowned expert in the subject of seances, the communication with other realms beyond This life.

Clare: Danno, how I got into this world is rather interesting and, not the usual manner. Most people do come in through either having an encounter themselves. [00:01:00] With something they believe is from another realm, from another dimension, or longing for that. , mine was a simple error.

Clare: yes. I was engaged to a cleric, ,

Danno: I see. that sounds like an error already stay away from those guys.

Clare: one evening. he was rather in his cups

and he introduced me instead of his fiance, as he say,

Clare: he had a terrible, terrible lisp. We realized at that dinner, both that, that he couldn't get married.

Clare: he had taken a vow of celibacy.

Danno: Oh, it was one of those religions. I wasn't sure which type of cleric it was,

Clare: Yeah. , he was a fifth day Adventist.

Danno: and they can only get married on The fifth day. Sounds like you'd already been together for six or seven.

Danno: oh, so he was a pastor.

Clare: And I felt it was assigned when, when he introduced me as his seancÃ©

Danno: so that must have put a lot of weight on you.

Danno: one day you're a fiancÃ© and just a bride to be the next day. You're a seancÃ© and suddenly expected to know all about the other worlds. The other realm.

Clare: I scrambled, I absolutely scrambled. I dyed my wedding dress black and started inviting people into my living room.

Danno: There is a lot about sort of the, uh, the visuals that go along with a seance, it's got to have that sort of gloomy few near-real vibe to it. I do believe that they do much better business if they cheered things up before.

Clare: well, Danno, it's a psychological getting yourself psyched up to, be a psychic,

Danno: you got a psych up to be

Clare: Exactly. that's, uh, the lead song in the Broadway musical about my life story that will be

Danno: I can't wait to hear about that

Um Until the actual Gothic age came to be, there was no Gothic atmosphere.

Danno: I feel like as long as there's been dead [00:03:00] people there must've been spirits, assuming this whole thing is not fraudulent,

Clare: But that's your feeling Danno. You see, I'm an expert. I don't go just by

Danno: So you've had to do some, fact-based finding to really delve into this world. the first thing that I did was I locked myself in a

and put myself in the basement of a

Clare: that was very hard because I put myself in the coffin first. So I just had to. And shove

Danno: Except you are scooting the coffin.

Clare: It took me four

Danno: by the way, I know you. referenced your Broadway musical based on your life and scoot in the coffin. That whole dance number is fantastic. It's a

Danno: Clare that makes me think about, an unusual type of seance, which is, uh, the pet seance.

Danno: For example, I grew up on a farm in Missouri and there was a Fox that I used to see, just running around through those [00:04:00] fields.

And then, um, one day that Fox just never showed up again. And I always wondered, you know, maybe if there was a way, was there some way that I could get back in touch with.

I love the idea of being able to communicate with Foxy and reliving that last part of my childhood, but I am terrified of an actual seance. And what I might see, is, is the Weegee board a possibility.

Danno: that sounds ideal. That's really, what I want.

to hear is what I want to hear now. The thing is it's a Fox. I'm pretty sure he would never have learned to spell

Clare: And we would just use the Fox.

Danno: There's a specialty Weegee board for foxes

Yes. I have Weegee board for almost every pet you

can think of it.

Danno: You're making me think of Foxy.

Uh, he he never really took

Danno: But that's what I admired about Foxy so much was just that carefree Danno may care attitude.

Clare: You know, he also, kind of resented the name you gave him, said you didn't put a lot of

Danno: So as Foxy with us now, Clare.

Clare: Foxy is with us now. And the Fox board is moving

Danno: Oh, you're creeping me out. Foxy, I'm sorry. I shot at you with that BB gun.

Clare: it's taking a little, a little time to answer this because he's only got one good eye to find those, , symbol.

Danno: In your Broadway show, Clare, are there any spiritual appearances during the show itself or would that just be too much of a vagary to rely on night after night?

Clare: all you're right with the word rely. They are not reliable,

Danno: I would see a production of a Christmas Carol, That's the one where the three ghosts appear over three nights to teach Scrooge.

Danno: The importance of the way he's living or not living. And, this was, I think probably the only other production where they were trying to use actual ghosts to play those parts. And, you know, the [00:07:00] ghost of Christmas present showed up.

The ghost of Christmas past showed up. And then we're all just waiting around for the ghost of Christmases Yet to be, they did everything they could to invoke that spirit. And no matter what, there was just that awkward time on stage with people kind of, ad-libbing trying to fill the Time and to a spirit time means nothing.

We were there literally for three months Clare they had to serve snacks.

Clare: It's very hard in all aspects to do anything that requires any kind of, uh, oh, sorry. I was just contacted by a spirit.

and the way you said us was, so musical

Danno: are some of the songs in your Broadway musical inspired that way, but through us spirit contact and making your throat grunt.

Clare: all of them, All of them are caused by.

Danno: Do you take credit for originating the throat? Grint

Danno: oh, but it's another one of those gifts from the other realm.

Clare: is a gift from the other realm. they really created the sound for this

Danno: Oh, what does it say though, that you have to be in a weakened state of mind to experience this other realm?

Danno: Oh, I just spent on a weekend cause I've only attended seances on the weekend.

Clare: you do have to be in a weekend state, which is, uh, Ohio, Iowa, and Idaho.

Danno: Great places to be on the week. .

Danno, I have not revealed this yet. I've chosen your podcast to, uh, let the world know that, , while I am credited with writing the book of this play,

Clare: I did not write it alone. I wrote this via the medium of the spirits.

Danno: Oh were there any famous spirits that helped you?

Danno: She wasn't in an author.

Clare: No, she always wanted to be,

Danno: oh, so this was her chance to, to live a dream. As you are living yours.

Danno: Horton Foote. Is he

he is, he is, um, he has passed on, but very active. He, , wrote, as he told me many times, you know, he wrote the script for, to kill a Mockingbird.

Danno: Oh. So were you able to reuse some of those.

Clare: Yeah, we did. We used a lot of the dialogue between scout and dill.

Danno: So that would explain the song to kill a Mockingbird in the middle of your play about spirits. I thought it was an unusual choice, a brave choice, but not one that I really understood

Clare: He was really attached to that project that he'd worked on. I had a really tough time letting it go

Danno: but you know, you discover something that works. Why change

Clare: that's right. And I was just thrilled to be collaborating.

Danno: [00:10:00] Ladies and gentlemen here on expertise, we've been talking with the other world and Clare, Sarah. Thanks for being our guest today.

Danno: Clare, I'm thinking of a number between one and a thousand. Can the spirits guide you to it?

watch, as the threat, as the throat, grunting becomes more extreme, her [00:11:00] are extending

and, uh, I believe she's growing at a top hat. Her shoulders dropped down below her elbow. And now her eyes are slowly opening and it looks like she's about to produce a number

Danno: I think it's maybe ancient Aramaic. I can't make it.

Clare: I have lit,

Danno: I was born with

Danno: that that Clare was beyond uncanny. That was downright canny 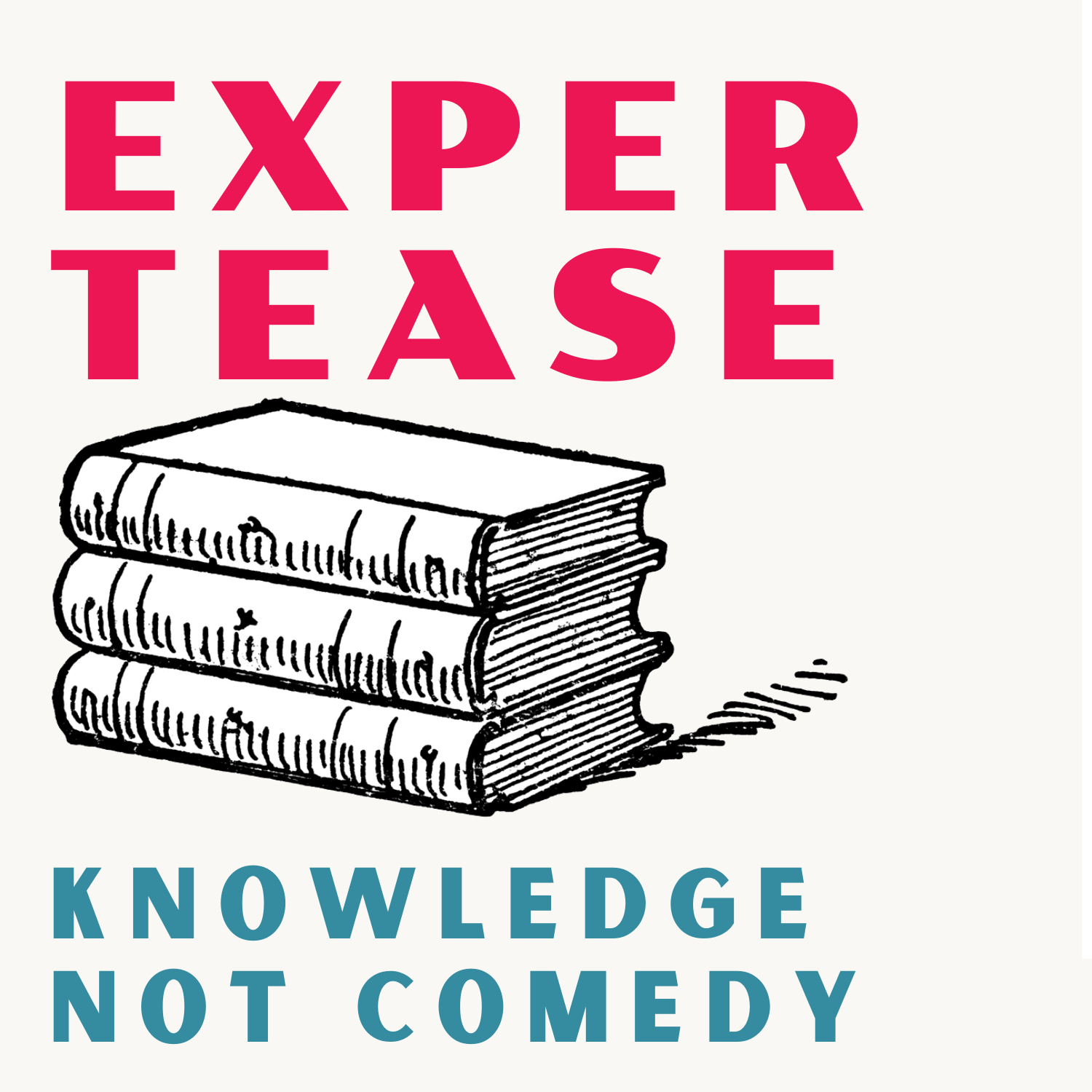